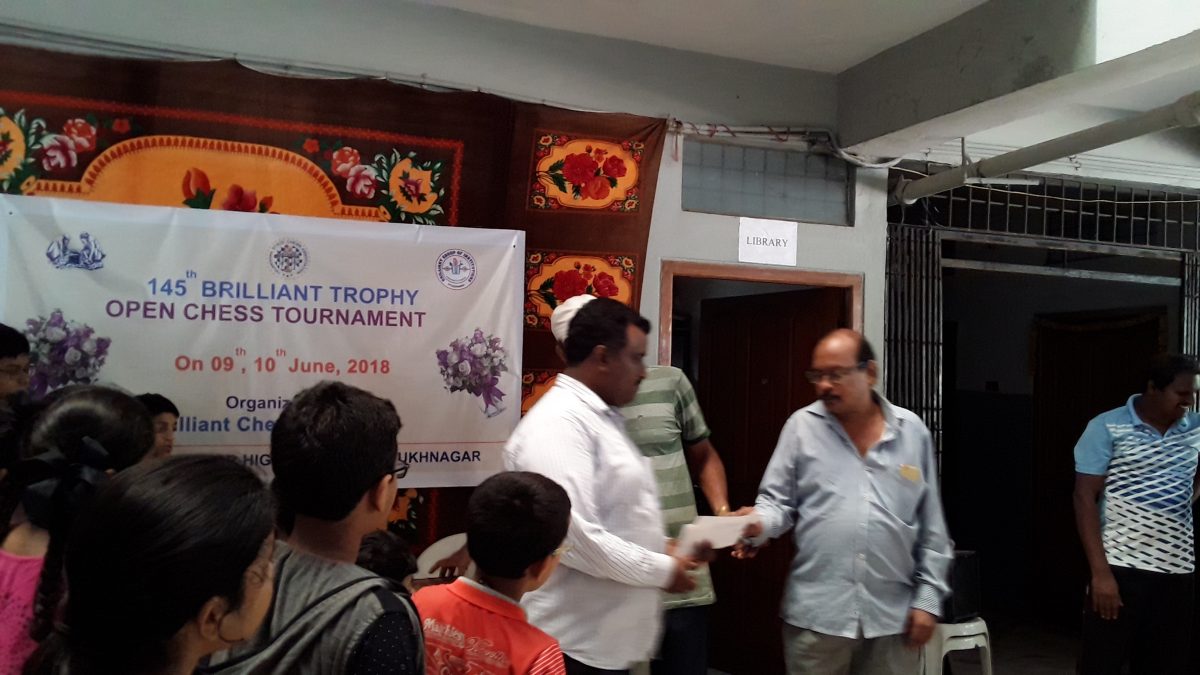 It is very tough in Deciding a winner at weekend tournament, 145th Brilliant Trophy.  What really happened is there were 3 players (G.V. Srinivas, J. Malleshwar rao and Tarun) on 5.5 points, the interesting part is top two G.V. Srinivas rao and J. Malleshwar Rao with same bucholz.

It is hard deciding a Winner. So, Brilliant Sumbramaniam came up with a Brilliant idea of play offs, but the destiny wants both as winner’s. The play off match ended in a draw.  Mr. Fayaz helped Mr. Subramanium in Deciding the winner by a toss. 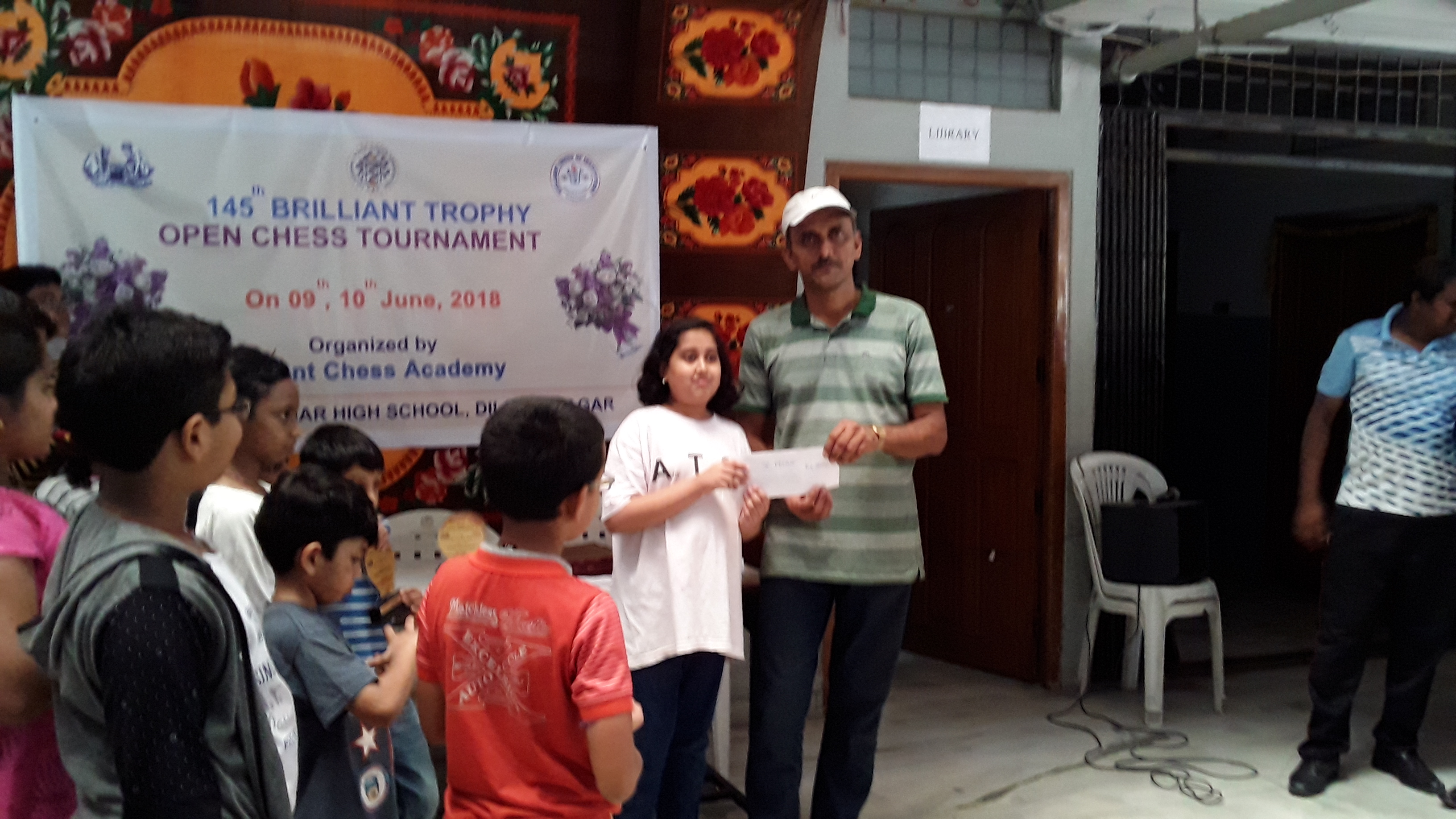 A history created at 145th Brilliant Trophy, it never happened since, it’s inception. Watch the below video and enjoy the excitement before the prize distribution ceremony.

The toss on first attempt a fail, destiny don’t want a winner to be decided. Organiser wants to decide the winner at any cost. Finally the last attempt of toss went in favour of G.V. Srinivas. Congratulations to G. V. Srinivas and Malleshwar Rao for the top two places. ATC players won 3rd and 10th prizes. 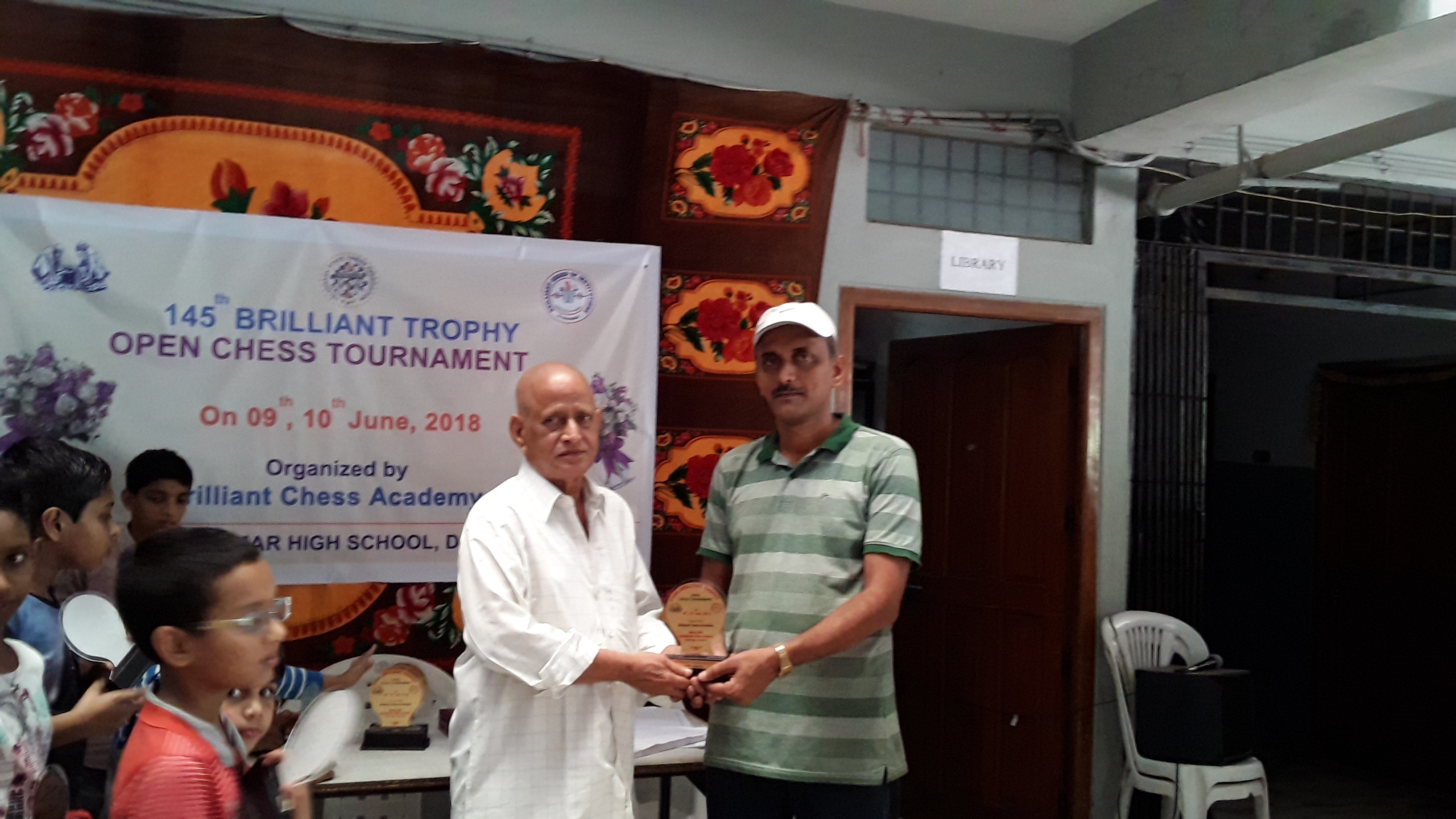 We Congratulate CM Praneeth Vuppala for under 15 state champion, we also congratulate Sibi Srinivas Einstein Reddy and Saypuri Srithan for 1st and 2nd runner up. Congratulations to Chilkuri Sai Varshith for becoming Andhra Pradesh state under 11 Champion, we hope many of his friends of Hyderabad missed him.