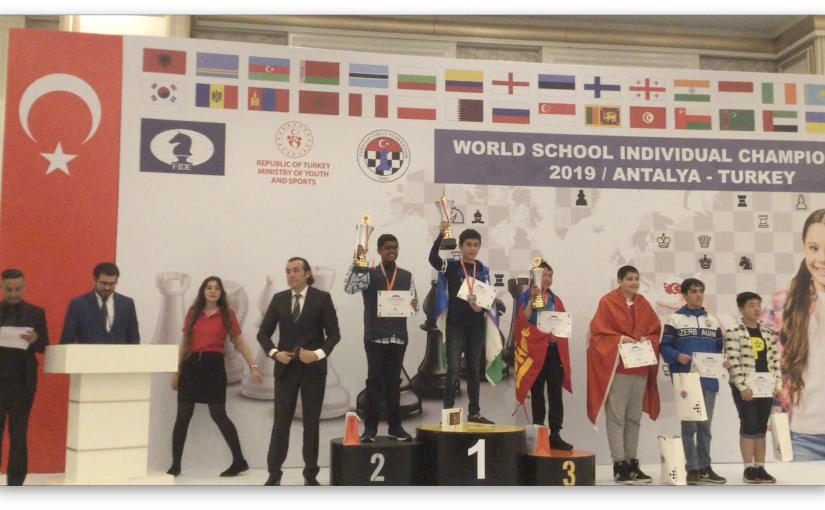 Irish born Tarun, who learned his chess by practice at ATC wins Silver Medal for Ireland. Tarun dedicates his win to all the players of ATC and his coach IM CRG Krishna.

Tarun lost his game by Grand Master Javokhir Sindarov from Usbekistan, but didn’t lose his hope and played a fantastic game by sacrificing his Bishop for four pawns and won the game against Singaporean Candidate Master Advait Bagri. The penultimate round is like a decider against FM Ilyasli Ugur from Azerbaijan, Tarun sacrificed a pawn for a positional compensation. Last round, it’s a quick draw and sealed a Silver for Ireland.

Tarun says, Trisha played a big role as a motivator which helped in preparation for this Championship. She won category prize recently at European Women Chess Championship.